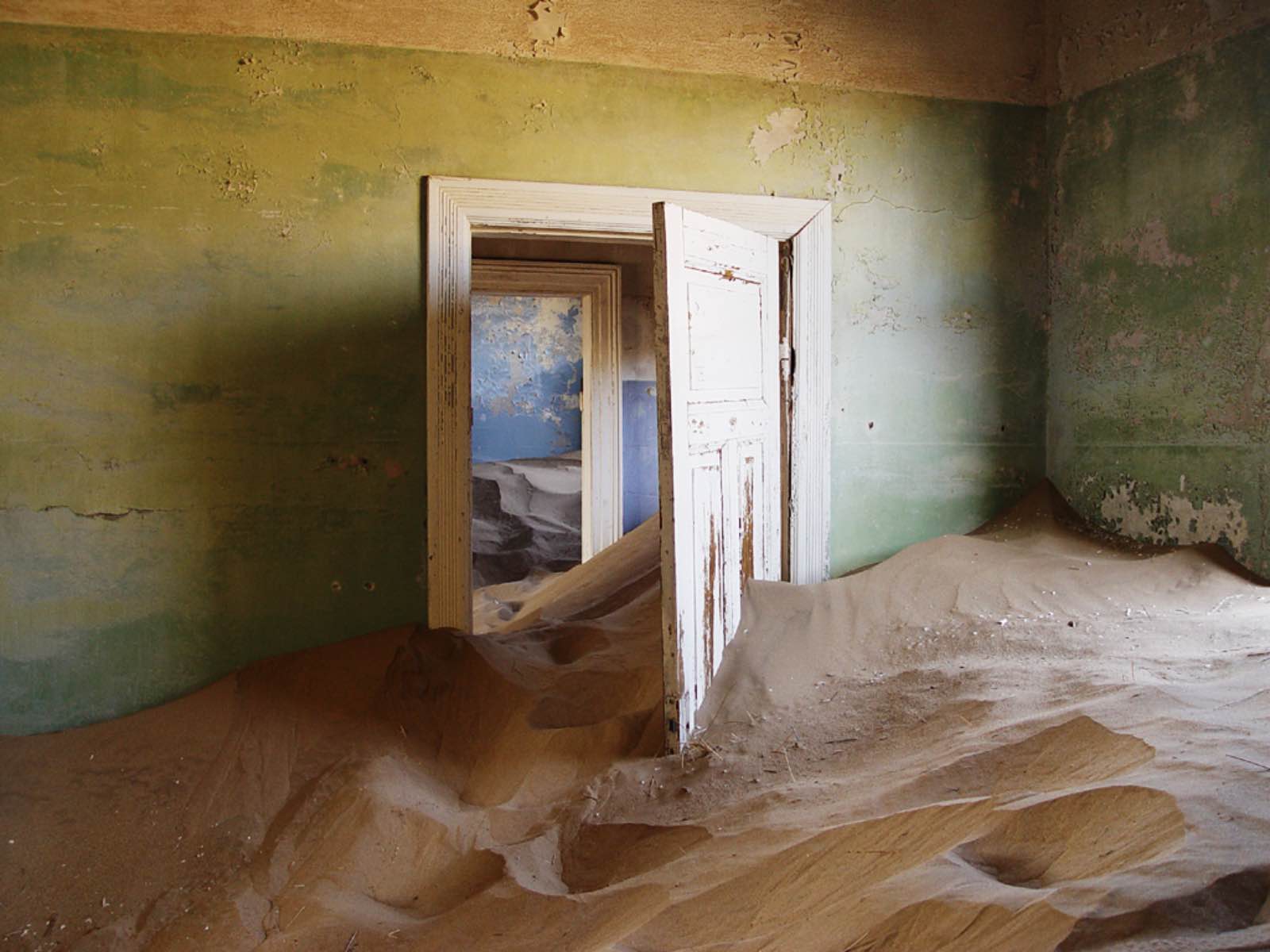 Namibia has a wealth of cultural and natural history and it’s one of the most alluring countries to travel. With its “frozen in time” German colonial towns, uniquely adapted desert wildlife, rich mix of cultures, and its dramatic landscapes, it is nothing like other countries in Africa and offers something entirely unique. There is a lot of evidence of the past in Namibia, from old shipwrecks that have stood stranded where they met their end on the Skeleton Coast; there is ancient rock art left behind by the Bushmen thousands of years ago; and then there are the ghost towns that lie abandoned in the desert sand, decades after the diamond rush was over.

All along the southern coast of Namibia, diamond mining settlements started to spring up during the turn of the 20th Century. Back then, the country was colonised by Germany and unfortunately the crimes related to the Scramble for Africa in the early 1900s were not absent from the diamond rush, which was spurred on by the discovery of a diamond in the desert in 1908. Zacharias Lewala, who was working for a German supervisor on a railway near Lüderitz, discovered something glinting in the sand and handed it over for inspection. Upon the confirmation that this “glass” stone was indeed a diamond,  Namibia’s booming diamond industry kicked off. While this industry would go on to sustain the country’s economy for generations, the many mining settlements that cropped up through the desert and along the coast would eventually fizzle out and become “ghost towns”.

The most famous mining settlement, which expanded into an eccentric town complete with an ice factory, bowling alley, and a swimming pool and playground for children, thrived for only a short few decades before the diamond rush collapsed. Kolmanskop, today, is a tourist attraction and somewhat of an interactive museum, welcoming Namibian travellers to this tiny, disappearing town in the desert.

In 1912, a few years after the first diamonds were found in the area around Lüderitz, Kolmanskop produced a million carats, which was the equivalent of almost 12% of the world’s supply at the time! It was no wonder that with the seemingly endless supply of wealth in the area, miners and prospectors began to settle and the town of Kolmanskop developed. There was so much wealth that rather than existing in the desert on the bare essentials, Kolmanskop grew into a town that serviced the elite and eventually it housed a hospital that was considered to be world class. It was an oasis in the desert! Fresh water was brought in, a butchery and a bakery went up quickly, an ice factory was built, and recreational facilities were incorporated into the town build.

The little German desert oasis was thriving, but little did anyone know, by 1928, the Orange River mouth emerged as having the greatest diamond deposits the world had ever seen and most of the townspeople upped and left for a new life of wealth in the south. This left Kolmanskop in the lurch and neglect started to take over the town. Possessions were left where they were, and the few families that remained tried to keep things going as a supply depot, but eventually in 1956, the last families left the deserted town and it was never inhabited again. Without sweeping each doorway every morning, the ever-moving desert sand crept in and soon the dunes took over.

Kolmanskop is now an eerie, yet alluring reminder of the past. German buildings, bleached and peeling from the sun, dilapidated from the wind, and constantly eroded by the sand are half-structures now, but some things have been preserved. Touring the old town allows a glimpse into its existence partly as the desert has claimed it, and partly as it has been reconstructed or preserved. The bowling alley has been preserved and there is a bedroom and a dining room displaying the typical decor of the time. There is something wildly nostalgic about the place, yet the feeling of loss and sadness also lingers in the abandonment.

Visiting Namibia offers an incredibly diverse experience and particularly if you’re travelling on a southern circuit of the country, Kolmanskop could be an interesting addition. Talk to our safari planners about a multi-faceted southern Namibia experience, which can include the Fish River Canyon, Sossusvlei, Namib-Naukluft National Park, and Lüderitz and Kolmanskop. Canyon, desert, and diamonds!