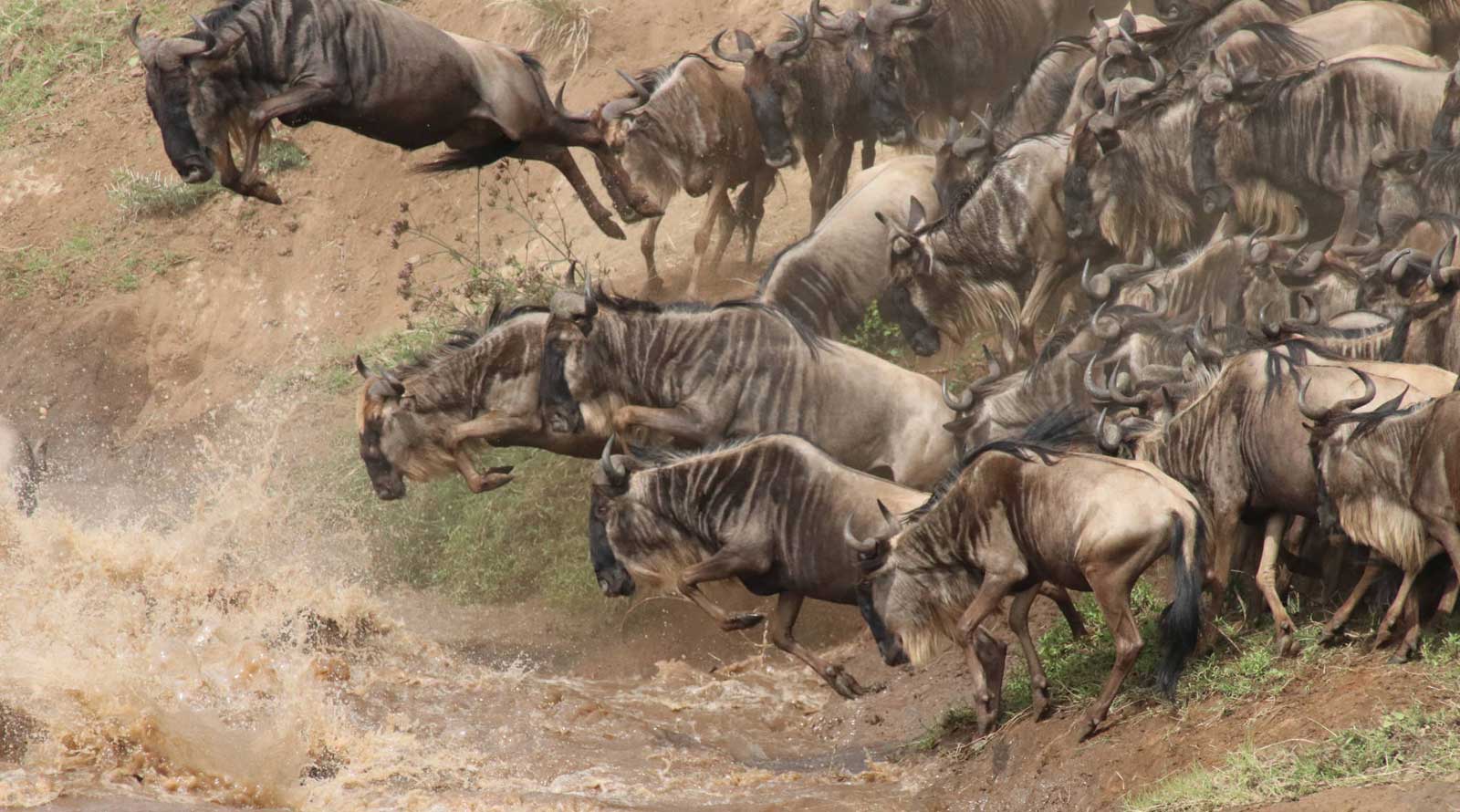 One of our regular repeat guests, Nik Simpson, has recently returned from an East Africa safari, which turned out some once in a lifetime sightings and unforgettable moments in this prestigious wildlife region. Perhaps most famous of the East African safari attractions is the annual migration of wildebeest, zebra, and gazelle, which sees the mass movement of millions of these animals through the Serengeti and Masai Mara. It is a constant migration, which can be followed in different areas of southern Serengeti and northern Mara, but the most sought after are the the river crossings.

Nik kindly sent us his feedback on his epic trip and added some fantastic photographs documenting the chaotic stampede towards the Talek River, the faithful leaps off the steep banks and into the surging, muddy waters, and the frantic paddling across the current, before emerging… or not… on the other side. The anthem of the Mara Migration is the overlapping bellows of the gnus’ calls, and the repetitive laughter of the zebras, which rise to a crescendo to compete with the spashing water as the animals collide with the water.

Of course, as nature would have it, a gathering of prey species would attract lurking predators. This is the opportunity for lions to feast of the slow and the weak members of the herd, or to target those which narrowly escaped the jaws of a crocodile as they make it to the other side, exhausted and injured from the fight in the water. It seems tragic that an individual who survived an attack by the most powerful jaws in Africa, would become an easy meal to the King of the Jungle, but nature does not consider our tender human emotions in her game of life and death. So be it.

Nik stayed at Ilkeliani Camp and Porini Lion Camp during his time at the Migration, before he moved on to Tanzania’s magnificent Ngorongoro Crater, and finally, to Nairobi. We have more astonishing images of Nik’s East Africa safari, so watch this space to see what other endlessly exciting safari experiences he got to enjoy on his trip. Thank you for sharing your photos, Nik!