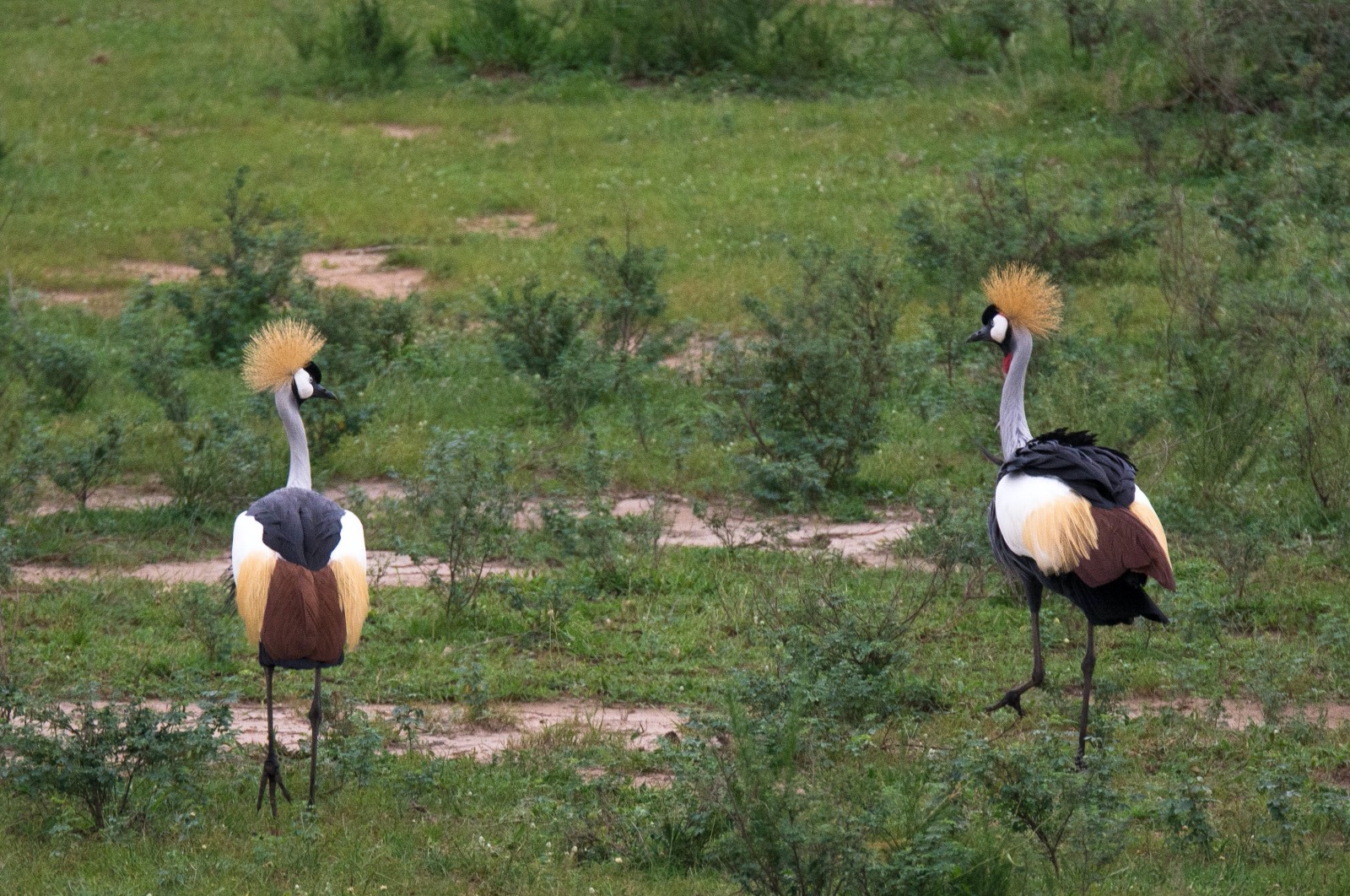 There are over a thousand different bird species to be found in Uganda. Of course, a number of these is so rare or endangered or seldom seen that the average binocular-clad bird-watcher might never catch a glimpse. Like the elusive Shelley’s crimson-wing, of which there are no known photographs captured in the wild! Unless you’re incredibly lucky and unnervingly dedicated, you’re not likely to tick this lifer off your bird bucket list; but, Uganda’s value as a birding destination in Africa tops the charts.

Its hugely varying altitude and combination of habitats make it the ideal home to so many species. We’ve scoured the rim of the crater lakes, trekked through the dense jungle, cruised along the Nile River, and traversed the savannah grasslands in search of birds (among other things, like gorillas, chimpanzees, and tree-climbing lions!) These are some of the best birding destinations in Uganda & the birds you’ll find there.

Where the Victoria Nile carves its way through a narrow seven-metre-wide gap in the rock face and thunders violently through the famous Murchison Falls. The grassland territory alongside the river is one of the best game viewing locations in Uganda and it is also one of its most prestigious birding destinations. About 450 bird species have been recorded here, and a number of them can be easily spotted while out on a game drive or a Nile River boat cruise. Each habitat offering a different variety of birds altogether.

Home of the mountain gorillas, majestic territory of forest dwelling Batwa people, and habitat to so many birds, Bwindi is a playground to any nature lover. The dense forest is so alive that the pathways carved by gorillas and gorilla trackers each day just about close up again each night. The tangled vines and broad-leafed trees glow green and cast dappled shadows on the forest floor. These jungle thickets are also home to about 350 species of birds – some frequently seen and heard, and others that might remain secrets of the forest forever.

With over 600 bird species, Queen Elizabeth National Park is one of the best spots for birding enthusiasts to encounter a huge variety of bird species. The Kazinga Channel opens up territories to the water birds of the region, while the grassland birds find a home across the vast savanna that makes up the majority of the park. Game drives will be as full of bird sightings as mammal sightings.

Lake Mburo National Park is not on the most popular tourist route and in terms of game viewing it is rather limited, but not without its value. In fact, it is an important part of a conservation project protecting and redistributing the endangered Rothschild’s giraffe, which have been translocated here. Among some special features like buffalo, eland, oribi, reedbuck, leopard, hippo, and hyena, Lake Mburo has over 350 bird species. This makes it one of the 10 best birding spots in the country.

To answer some frequently asked questions…

How many bird species are there in Uganda?

Some sources report 1061 species, while others count 1078. Either way, more than half of the total number of bird species found in Africa is found in Uganda alone. Certainly one of the best places to go to check Albertine Rift species off the list!

What is Uganda’s national bird?

As adorned on Uganda’s coat of arms and the nation’s flag, the national bird is the grey-crowned crane, also known as the crested crane. Listed as endangered by the IUCN, this flamboyant and flashy member of the crane family is a special sight. It is often seen in pairs, but big flocks are known to gather in wetland regions.

What lake in Uganda is known as a bird sanctuary?

Lake Munyanyange is a seasonal, shallow crater lake in Queen Elizabeth National Park and is the location of a huge pink gathering of lesser flamingos between the months of October and April. The saline quality of the lake attracts these leggy creatures among a number of other migratory species, making Lake Munyanyange quite the seasonal bird sanctuary!