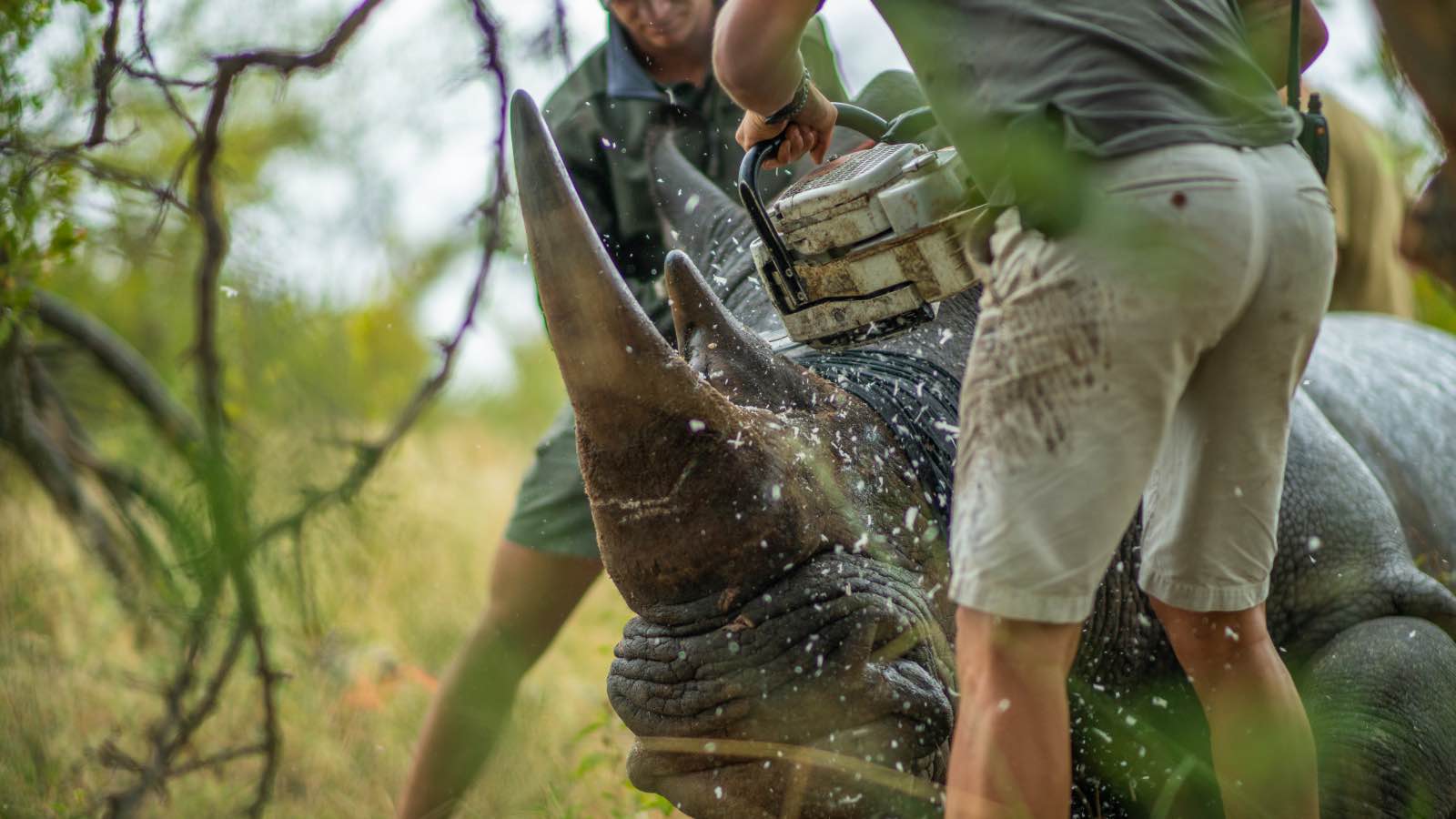 About 150 free-roaming white and black rhinos were de-horned in the Klaserie and Balule Private Nature Reserves in April this year after months and months of debate and deliberation, extensive planning and expert consultations. This historic undertaking is believed to be the largest de-horning exercise to be carried out on wild rhinos in the Lowveld to date. The permits were obtained through the Mpumlanga Tourism and Parks Agency (MTPA) at the end of the summer season this year and the operation was carried out  immediately afterwards, employing the expertise of a number of experienced wildlife vets, reserve management teams, aerial and ground-based teams, as well as officials from the MTPA and the Limpopo Economic Development Environment and Tourism (LEDET) department.

Adjoining the Kruger National Park and one another, Klaserie and Balule are part of the Greater Kruger Park conservation area within which wildlife roams freely. These reserves offer some of the country’s best safari experiences with up-close big game sightings in 4×4 vehicles as well as immersive bush walks, which often create the opportunity to view rhino on foot. Now the rhinos that visitors are fortunate enough to see are likely to be without their iconic horn. More importantly, the prehistoric rhinos are now living without their weapons of defence.

The Kruger is the stronghold for wild rhinos in Africa, yet it is tragically targeted by poaching on such a scale that a decision of this nature was forced to be made by those are ultimately responsible for the survival of the species.

In a press release, the Klaserie stated:

“The KPNR has been hit hard by illegal poaching in the past several years. This situation reached a pinnacle during 2018 when the KPNR lost an average of two rhinos per month to poaching. With the current intensity of rhino poaching, the rhinoceros as a valuable contributor to the reserve’s eco-tourism product would become extinct within the next three to five years, unless more drastic measures were taken.”

“The relentless onslaught has reduced the rhino population within Balule by nearly 70% since 2012. Family groups have been severely compromised and sex ratios skewed leading to a dire situation for the natural prosperity of our rhinos.”

De-horning the rhinos is that drastic measure.

By making the rhinos less valuable to poachers, paired with the current powerful security measures in the form of specialised fencing, field ranger law enforcement, K9 capability, and an aerial patrol unit, the hope is that potential poachers will be discouraged to take the risk and rhinos will be left alone.

This joint venture falls under the Great Limpopo Transfrontier Conservation Area (GLTFCA) cooperative agreement signed between SANParks and the Associated Private Nature Reserves (of which Klaserie and Balule are a part) and is not a once-off initiative. This mammoth operation, which took a number of weeks to complete in its entirety, is planned to take place regularly enough for the rhino to remain de-horned to the extent that the risk outweighs the reward, thereby allowing the rhino the chance to recover.

In their official statement, the KPNR concluded:

“Given the pioneering nature of this project, the effectiveness against poaching as well as the health and wellbeing of the rhinos will be closely and scientifically monitored into the future, with the ultimate objective of ensuring the survival of the wild rhino population within protected areas, the country and in Africa.”

In addition to removing the horns of almost 200 rhinos, the scientific and veterinary departments of the MPTA and LEDET were on site to collect DNA samples of the individual rhinos, which will be entered into the Rhino DNA Indexing System (RhODIS) hosted at the University of Pretoria’s Onderstepoort genetics laboratory. During the operation, a specialised asset protection security organisation was also present, and all horns were immediately moved to secure off-site storage facilities.”

The reality of the rhino poaching situation in South Africa is abundantly clear, and it is devastating that these are the necessary measures being taken to try and stem the brutal and illegal killing of an iconic species. We are hopeful that these conservationists, who have an incredibly difficult task on their hands, will be rewarded for their efforts and that the rhino, above all, will one day be able to live without a target on their backs.