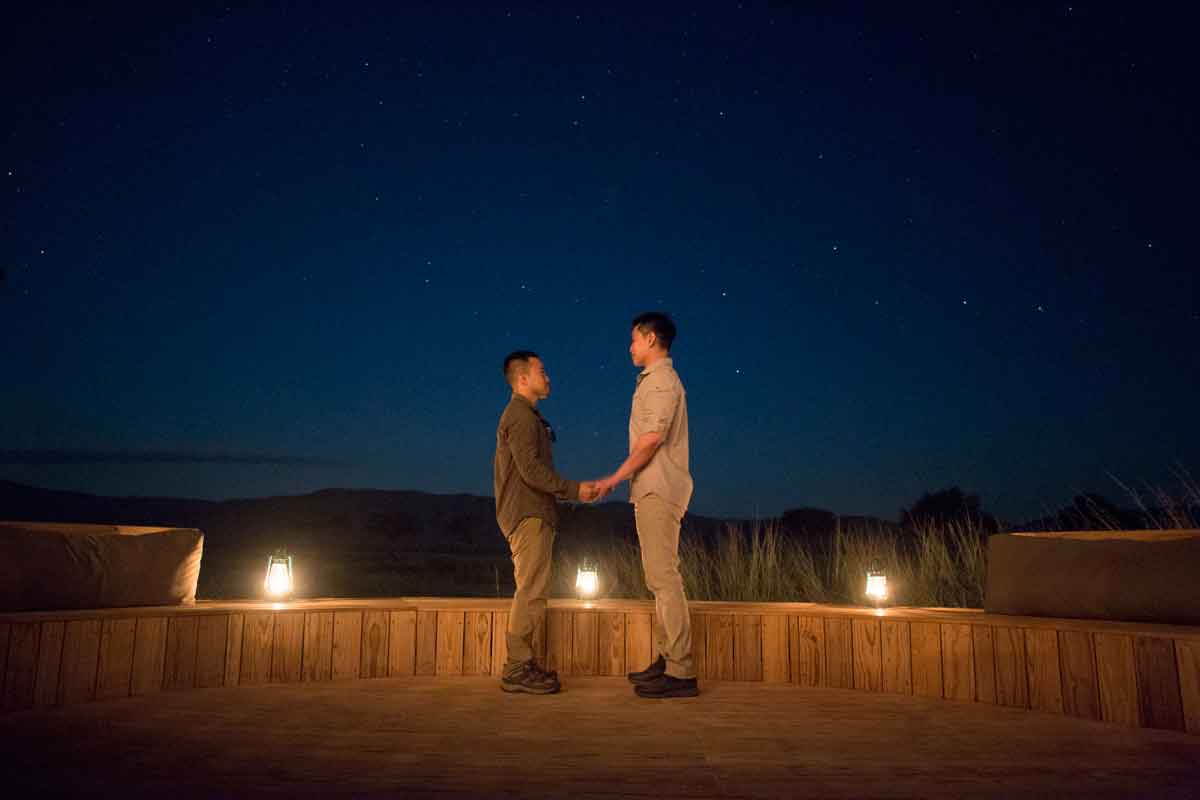 Natasha’s repeat guests stayed in the wildlife rich region of Mana Pools National Park. For Ray Yirui Heng, Natasha chose Nyamatusi on the banks of the Zambezi River and Kanga Bush Camp, also in the heart of the national park. There are only 12 guests allowed at camp, each accommodated in supreme, simple luxury.

Natasha says, “Awesome feedback and photos from my repeat guest for his pre wedding honeymoon”.

Here is their feedback :

I’ve also added a review for Nyamatusi Mahogany online! We chose the camps right thanks to you. Kanga was wild and splendid – almost all our sightings were there. The team was impeccable, probably the best we have ever experienced.

We were given an upgrade to Nyamatusi Mahogany – not sure if this was ABC or your doing 🙂 fantastic new camp, and so so beautiful. We were the only guys on one night and it was marvellous.

Thank you again for an amazing trip before the wedding. The true exclusivity and heartening feel is reminiscent of the best times we have had out in the bush – and you know we are seasoned Safari goers. Nothing can replace the moment I walked with wild dogs.