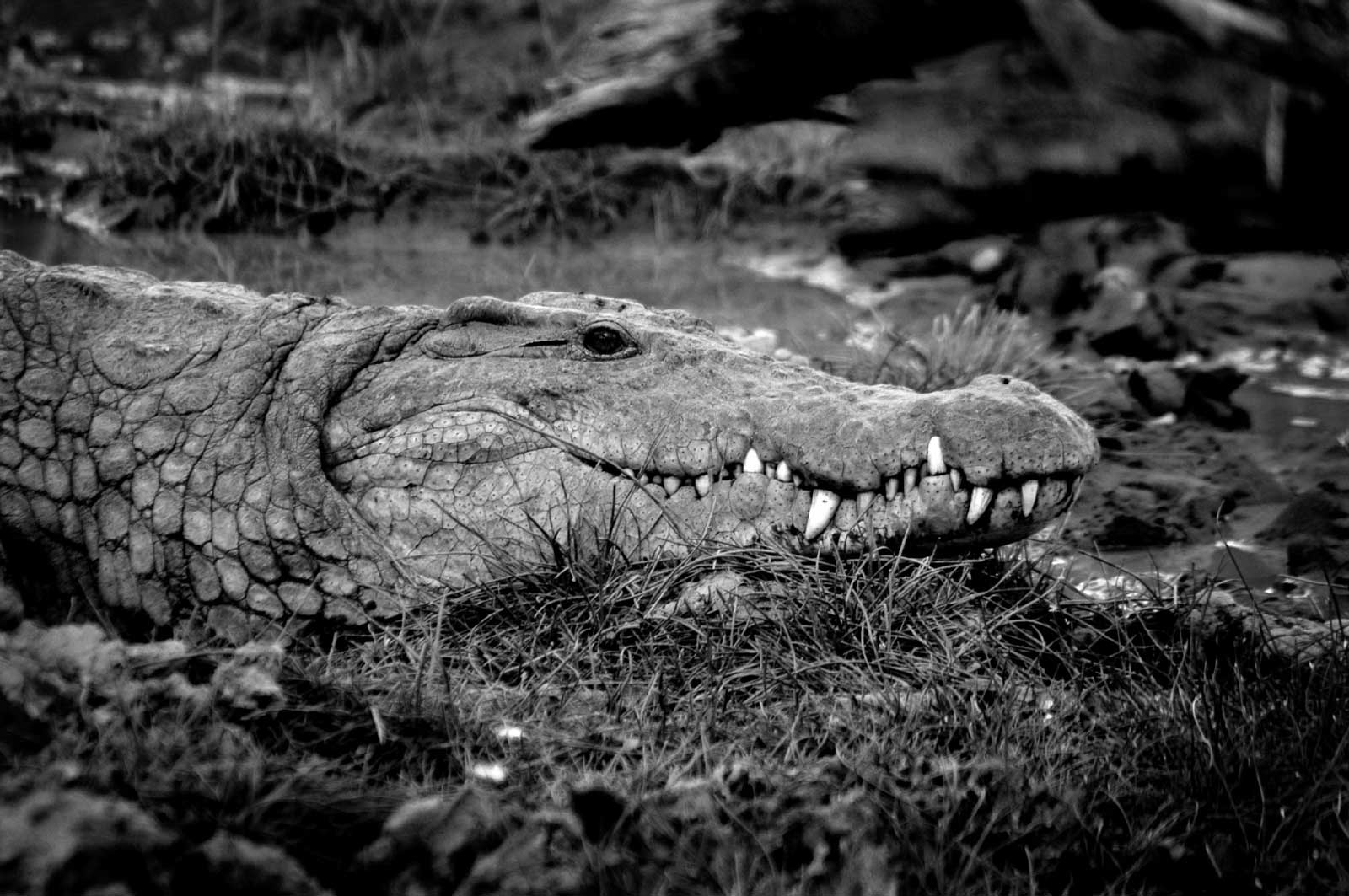 The prehistoric-looking Nile crocodile is a sneaky predator that uses the art of surprise to ambush its unsuspecting victims. It’s a ruthless and opportunistic predator that has no particular preference for prey – the ultimate “generalists”. The most popular source of prey is fish, found in abundance in the rivers of the Lowveld. Crocodiles are silent and deadly apex predators, and their docile behaviour is not to be taken lightly. They can move those bulky bodies fairly swiftly. Don’t stand too close to rivers and waterholes, you don’t know what lurks beneath!

Crocodile Feet: This ectothermic reptile has a body that’s adapted to both land and water. Its feet are both webbed and clawed. The claws are on the front legs and used for digging and clambering about on land. The back feet are webbed which aids the swimming and gliding movements in the water.

Born Sexless: Hatchlings aren’t born with a particular sex. Their sex is determined by the soil temperature where they are incubated, with high temperatures producing males. Crocodiles have been known to reach the ripe old age of 100 – we’re not surprised they survived through the Mesozoic period of time when dinosaurs were in existence. These robust animals have outlived dinosaurs and have been around for over 200 million years. Their bodies have evolved somewhat, but they still have that unmistakeable prehistoric appearance.

Crocodiles are Nocturnal: Crocs have eyes adapted to the dark, which means they have excellent night vision. The use the cover of darkness to hunt, but will relish any opportunity to snag prey during the daylight hours. Impala lambs bumbling on the water’s edge, calves splashing about in the shallows and herbivores coming to drink stand little to no chance against this primary predator.

You’ve been warned – watch where you stand!