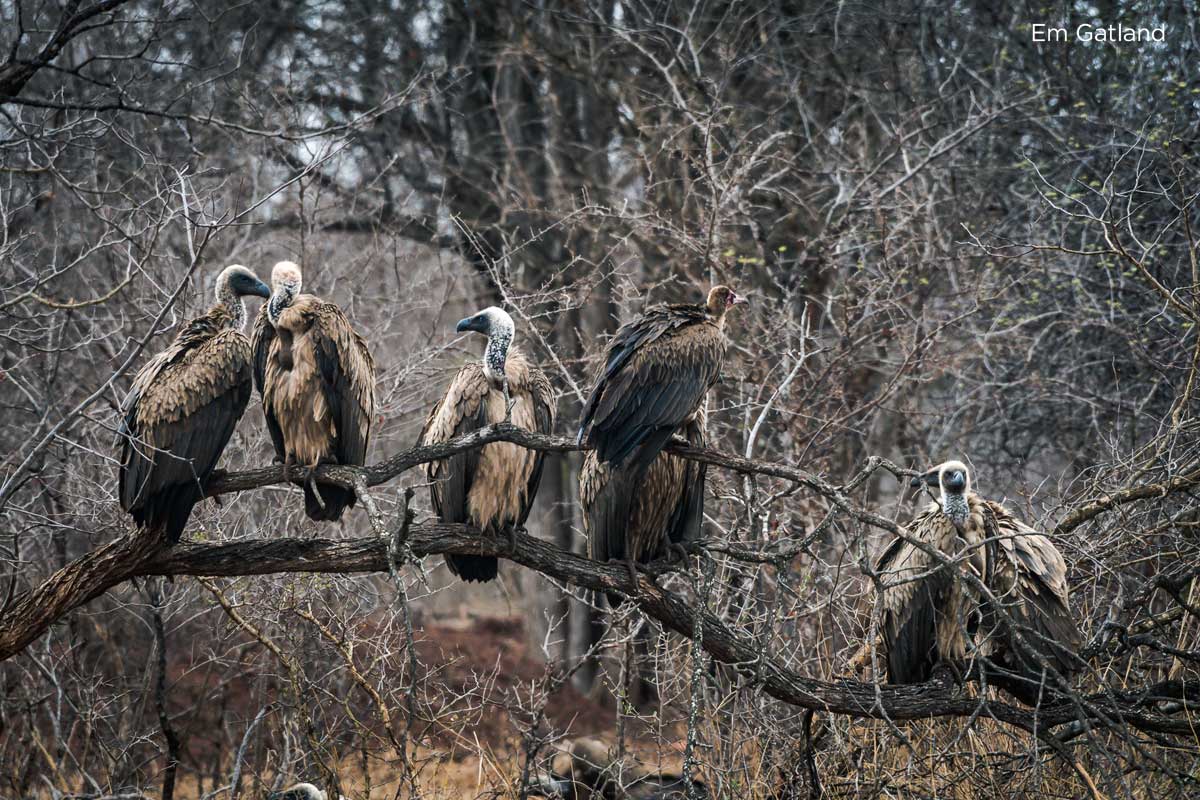 When a kill has been conducted by expert predators like lions and leopards, the hoards of scavengers are quick to descend upon the periphery of a kill site. The two culprits include a variety of species of vulture and the cackling hyenas. Both parties, the avid members of the reserve’s clean-up crew, will wait in the wings for the perfect opportunity to approach the area. However, hyenas are not above attempting to displace lions or leopards from their kill.

Hyenas are actually successful hunters, but also proficient scavengers. They have a series of calls that ranger from whoops to cackles and high pitched sounds. Each call means something different. The laughter is heard most often, and this is the sound that indicates anxiety and serves to beckon the rest of the clan to the site of a carcass.

With vultures you will hear an almighty swoosh of wings as they approach an abandoned carcass. They won’t move into the scene until the carcass has been abandoned by the predator, after which they will wait for the lappet-faced vulture to approach first. This species has a massively strong beak that can rip open closed skin and hide. The white-backed vultures are the most comical, loudest and there are always plenty of them. Each species performs a different role at the carcass.

Overall, these are the 3 Reasons Why Vultures and Hyenas Are Vital to a Reserve and useful role that both vultures and hyenas play in the health of a reserve :

1. Clean up Debris : Hyena aren’t just cunning killers, but they’re also useful scavengers. The bone crushers will clean the site of a kill and rid it of discarded bones and debris. Predators will only eat the fleshy bits from their kill. If it weren’t for hyena in a reserve we’d have plenty of bone and bone fragments littering the reserve.

2. Prevent the Spread of Disease : Vultures and hyena provide a vital role in the ecosystem and keeping it clean. Vultures actually have a highly acidic system in their stomachs that can break down diseases in rotting carrion that might well poison other animals.

3. Population Control : Hyenas aren’t only successful scavengers but also proficient hunters. They help to keep the populations levels balanced by hunting and preying