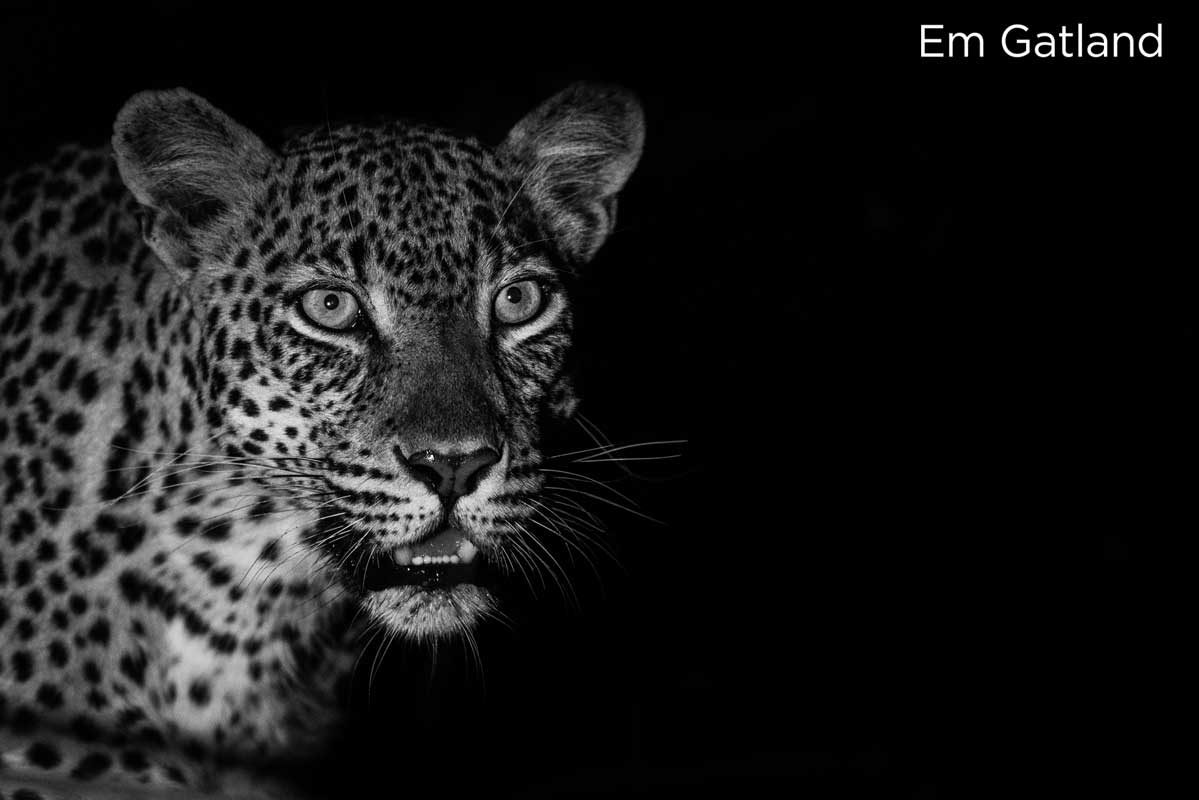 The big five are the most sought after species of wildlife to spot while on safari. The term “big five” was coined many years ago by big game hunters who found that lion, leopard, rhino, elephant and buffalo were the most dangerous to hunt while on foot. Years later, avid marketers and journalists continued to use the term to group together five of Africa’s elusive and majestic species. The big five can be found in the Kruger region, and scattered throughout other parts of South Africa within reserves. However, these big five animals are terrestrial and a large portion of South Africa is coastal. In the depths of the waters there is plenty of marine life. From southern right whales to dolphins, orcas and various species of shark; South Africa is a world of ocean splendour. The rugged coastlines of the Cape provide plenty of vantage points for shark spotting and whale watching. The southern right whale and the great white shark are the two most sought after ocean species to spot while cruising South Africa’s coastline. And thus, the these two marine creatures have been added to the big five to make up South Africa’s “big 7”!

Here are the big 7 animals of South Africa :

Rhino are one of the most critically endangered species in Africa, and their numbers are rapidly declining. There are two species found in South Africa, the black and white rhino. The black rhino has a long horn and is far more aggressive in nature than the white rhino, and they’re considered browsers. White rhino are grazers –  their wide-lips allow for them to graze and mow through the short bushveld grasses. Black rhino have a narrower lip structure which allows them to pluck off nutritious leaves while browsing. Rhino have a keen sense of smell and hearing, but have incredibly poor eyesight. These prehistoric creatures are found throughout the majority of reserves in the Kruger and the Eastern Cape.

The graceful and elusive leopard is a solitary wanderer, and when spotted it’s normally in the dead of night. The males tend to cover a huge traverse and will seek out areas rich with prey and availability of females. Females tend to confine themselves to a smaller traverse heaving with prey and potential den sites. You’ll find an abundance of leopard in reserves with caves, rocky outcrops, tall trees and drainage lines.

After a kill is made, a leopard will drag the prey into a tree and stash it there for safekeeping, which is why you should always look up while on game drive! Leopards are found throughout may reserves, but the Sabi Sand Game Reserve has a particularly high leopard count due to easy access to water and availability of drainage lines.

The king of the bushveld, and the warriors of the safari world – these are our lions. There are plenty of prides within reserves, and the dynamics within prides are constantly shifting and changing. Lions are social cats and pride orientated, and the females always stay within their natal pride while the males leave the pride at 3 years old in order to establish their own prides. A pride normally comprises older females and their young.

Older males tend to hang out together, and form coalitions with their brothers and other lone males. This is why you will see males together, sans females. When it comes time to mate, you might see a coalition of two males with a single female. Lion sightings can be plentiful within a reserve because of pride sizes and various split-offs. The place to spot lions, and especially white lions, is in the Timbavati Game Reserve.

Buffalo are one of the most dangerous of the big five, and they don’t give any warning sign before charging. They are found in herds of 100 and more, and are known as the lawnmowers of the bushveld. They are bulk grazers that digest plenty of coarse vegetation, but they trim the vegetation for other grazers that only enjoy eating sweeter grasses.

When they’re done with their grazing the herds follow the pathfinder down to the water’s edge to drink. When you’re not spotting the huge herds, you might see a few old ageing bulls on their own. That’s because the old bulls are thrown out of the herds when they’re past their prime and spend their days wallowing in mud. They are grumpy as they no longer have the protection of the herds, so they are defensive and quick to anger.

Intelligent, emotive and protective – these are our gentle giants, the elephant. Elephants are curious and entertaining creatures to observe in the wild. Their intelligence and memory is something to be admired, and these pachyderms visit areas of deceased elephants to pay their respects.

Elephants are ruled by the matriarch, and are raised by females. A young calf will learn how to behave and survive in the wild from female cousins and older sisters within the herd. Much like the rest of the animal kingdom, the coming-of-age males leave the herd and form loose associations with other bachelor boys. Elephant herds comprise mainly of females, calves and young bulls.

The southern right whale has a playful nature is commonly spotted along the False Bay coastline in Cape Town and in the seaside village of Hermanus. Whale season is normally from June to October, with the whales congregating in Hermanus roughly mid-September time. Southern right whales are so named because they were considered the”right” whale to hunt. These whales actually have 7 different types of swimming styles, one of which is breeching which they’re commonly spotted doing during peak whale season.

This feared Apex predator rules the ocean and instills a sense of foreboding in those entering the ocean. Shark fatalities are low, and the Great White certainly does not deliberately seek out human flesh. Largely misunderstood, the Great White is actually quite a fascinating fish. This shark is at the top of the food chain, and is only prey to Orcas and larger sharks of the species. Sharks feed on large mammals and generally approach prey by targeting them with a small bump, then circle and return to the prey. They swim with their mouths open when approaching and bumping prey.