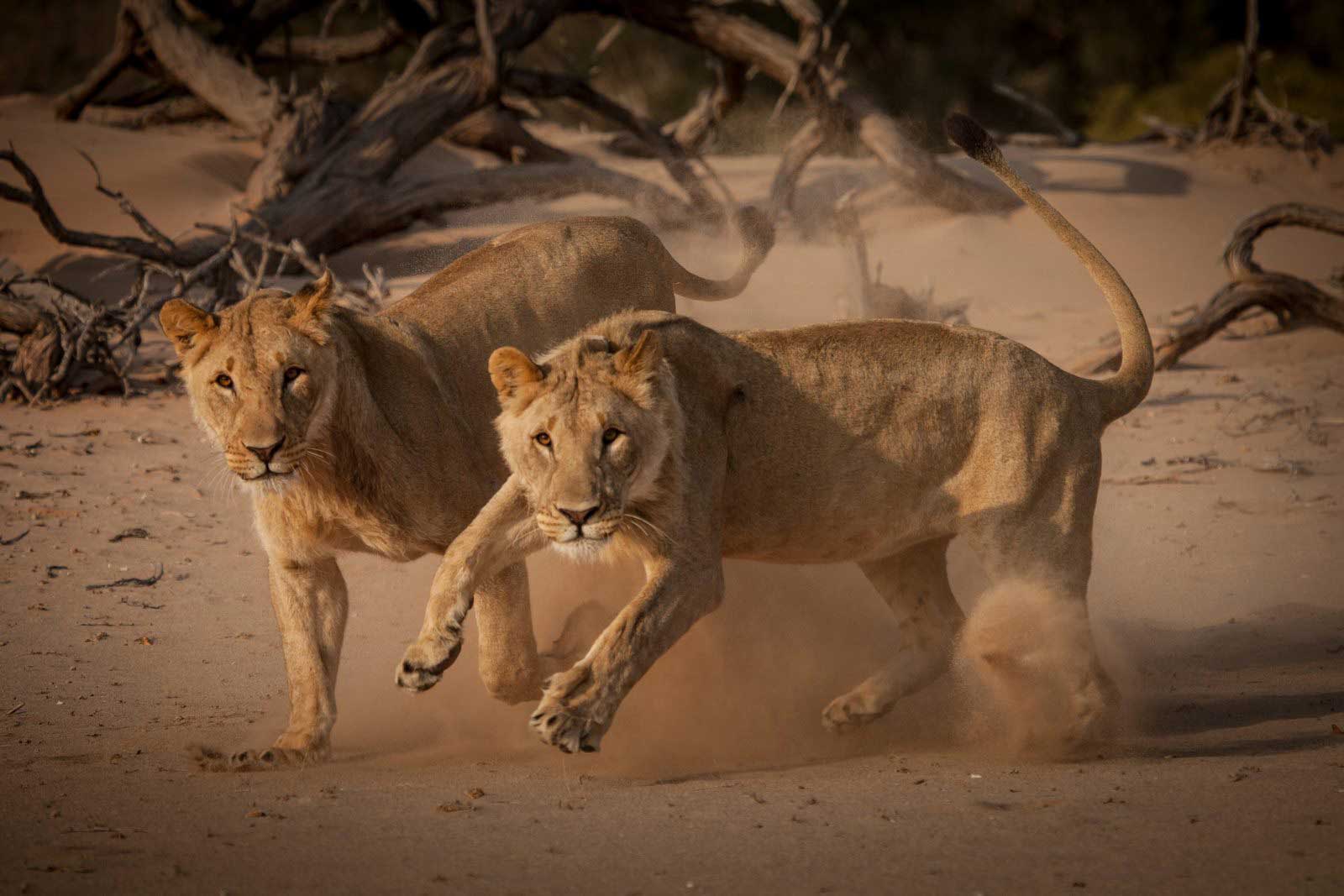 Hearts are broken in the world of lion conservation after the news of one of the Five Musketeers, featured in the recently released documentary Vanishing Kings, has died after being shot in an incident of human-wildlife conflict in Namibia’s Damaraland.

Devastatingly, human-lion conflict is a reality for local farmers and the endangered population of desert lions living in the Damaraland, and last week, an incident took place that saw the death of one male lion and injury of another. These lions belonged to a famously followed pride known as the Five Musketeers. In the dead of night last week the pride attempted to prey on livestock that were being kept in a temporary kraal near the village of Tomakas, and although they were scared off by the commotion of people and dogs, they were followed and shot at by farmers looking to protect their livestock.

One of the Five Musketeers known as Harry was killed, while two others appeared to be superficially injured. Dr. Flip Stander – founder of Desert Lion Conservation – discovered Harry’s body deep in a thicket and it was with sadness that he reported the incident on his blog. As a precautionary measure against the stealing of bones and body parts, Harry’s body was burnt.

Mere days after the incident, the four remaining lions (now referred to informally as the Four Musketeers) and two lionesses were recorded approaching giraffe in a valley, but unfortunately came across cattle calves that had not been safely rounded up for the night, and 2 of the calves were killed: a costly setback for the farmers at Tomakas. The next night, the lions followed the same route, keeping clear of the village, and thankfully there was no cattle roaming free in the dangerous night. Instead, the lions killed an oryx – one of their natural prey species in the desert.

On 21 June, the Four Musketeers (now heavily monitored by Dr. Stander and those working to prevent an incident) were seen stalking very close to a village and almost chased off using bright lights and fireworks. The scare tactics were called off moments before being deployed as it became clear the lions were in fact stalking giraffe. They successfully killed a giraffe and conflict was avoided.

The death of a Musketeer is not the first and will not be the last incident between lions and farmers living on Namibia’s Skeleton Coast. There are measures in place to keep livestock safe, and to keep lions away from kraals and villages, but not every incident can be prevented in the vast Damara region. Sun Safaris has supported Desert Lion Conservation over the years that it has been growing into a force to protect this highly specialised group of lions from an otherwise inevitable fate. The team sponsoring Dr Stander’s project enables him to live the life required to successfully implement ecotourism initiatives and help prevent situations such as this. It is a devastating blow to all involved.