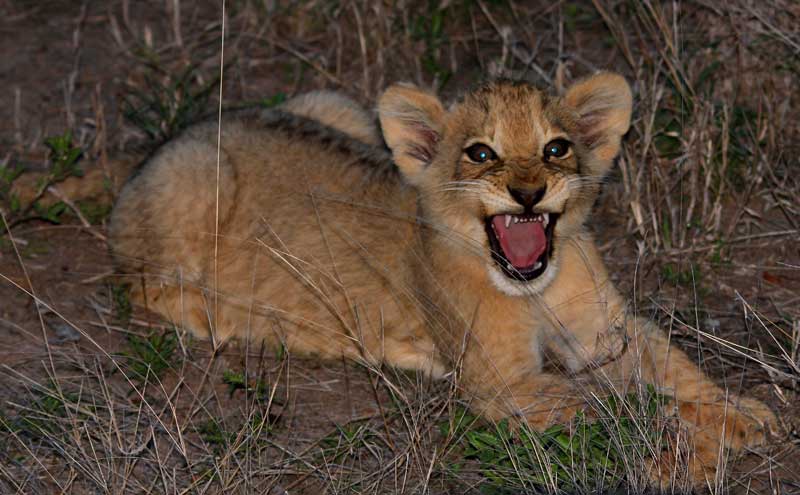 The last few weeks have seen some truly amazing game viewing around the Klaserie Private Nature Reserve camps of Africa on Foot and nThambo Tree Camp.

It started off with visiting with a pack of African Wild Dogs, a wonderful sight! They were seen on the main tarred road that runs through the Klaserie and Timbavati Reserves. Our team got to visit with them before they darted off into the bush on the prowl for a meal.

The team then came across the still body of a young female Leopard. Chloe Cooper wrote this story, with pictures by Kevin MacLaughlin, they were part of the team that found her.

Survival of the fittest means only one thing; that those who are weaker will succumb, and those who succeed will prosper. When predators take down prey, we call it the circle of life, when predators take on predators, it is a vicious and brutal fight, often to the death. Competition in the wild is rife. It’s every man for himself, and each pride for their own.

This week the Greater Kruger Park lost a leopard; a young female we had seen with her kill just the night before. Her belly was still full as she lay motionless in the grass, her fur slightly dishevelled, and evidence of bite marks puncturing her neck.

The two Ross Pride lionesses dominate the area around Africa on Foot and nThambo Tree Camp, and currently they are hiding one small cub. The instinct to protect their young, and the determination to eliminate the enemy would give these lions enough reason to kill a leopard in their path.

Perhaps she took a turn into lion territory that night and had no chance to escape the ruthless lionesses as they set out to hunt. The next morning the lions were found triumphantly feeding on their buffalo prey, while their faded tracks led back to the lifeless young leopard in the distant grass.

The recent rains have flushed the evidence from the ground, but it seems that the Klaserie Reserve saw a battle between cats in the early hours of the morning. One youthful leopard no match for a team of ferocious lionesses with a cub to protect.

Sometimes jubilant, at times, devastating, the African bush is a combination of celebration and destruction. Standing next to the silent body of a leopard in all her glory was a reminder of the brutality of it all. Watch Kevin MacLaughlin’s video on this story, taking a look at the unforgiving nature of the wild, and the aftermath of this big cat battle.

Then a few days ago the were lions galore. The magnificent Trilogy Male Lions made an appearance, these large lions are battle scarred, one limps, but brothers with a strong bond. They were found in the new green grass clearly having eaten their fill. On another drive the Ross Pride lionesses showed off their gorgeous cubs for guests!