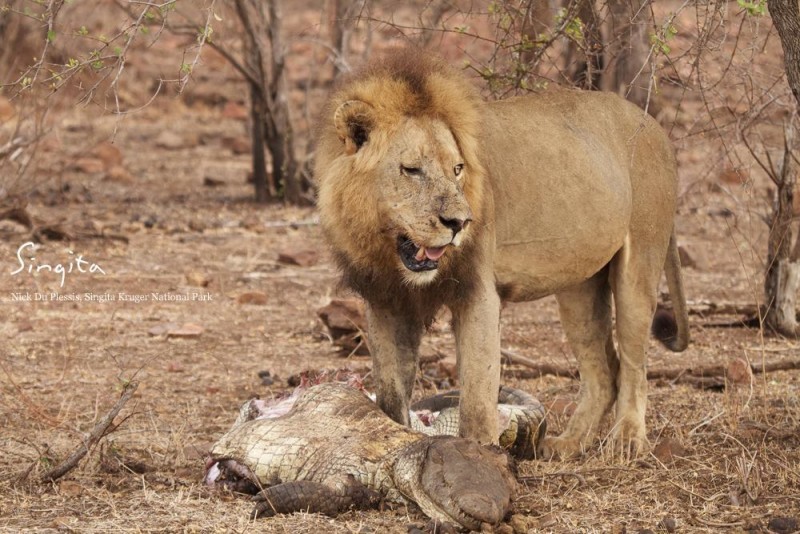 It’s not often that you see a lion take on a crocodile! These epic images come from Nick Du Plessis who is a guide in the Kruger National Park with Singita Lodges.

On their Facebook page Singita says that a game drive with Nick as the guide ended their evening on a high, visiting with the Shishangaan Pride who had just caught a giraffe. This pride has 2 lionesses and 6 cubs. The next morning they headed back to the same spot only to find that the carcass of the giraffe was finished!  And right in the same area was a lone male lion eating from crocodile remains.  Nick said that there was a tussle for the giraffe remains by crocodiles, the lionesses and the male lion. He said that the lone male would have overpowered the lionesses and snatched their meal. When the crocodiles then tried to steal it from the lion, he fought them off, ultimately claiming his second meal – which lasted him 3 days.

Here are some pictures that Nick took: