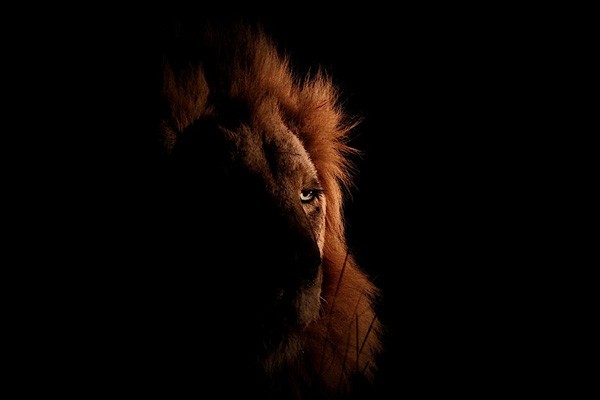 Courteney Blunden, owner of Africa on Foot, used to guide in the Sabi Sand. He reflects on what lions mean to a guide, as well as the Mapogo Lions Heritage and another emerging Mega-Pride in the Kruger Park.

“For as long as man has roamed the African plains, forests, mountains and deserts, he has shared this space with a multitude of creatures great and small; from giant elephants to tiny fire ants. But no creature captivates the attention of human beings more than that of the LION. Their appearances are impressive; the males’ crowning mane, the way lionesses stalk through the dark savannah, their muscles visible through their fur, as they move stealthily with a soundless language of co-operation. In fact, they are such powerful beings that their roars alone are enough to bring some folk to tears with primal fear, a feeling that reminds one of yesteryear when we, as humans, competed for and sometimes became the prey!

Lions have fascinated me for as long as I can remember and will do so for years to come. I have had the privilege of working in regions with spectacular individuals, coalitions and prides. Lions don’t follow specific guidelines and often do precisely the opposite. Their habits are not set in stone and they are, indeed, very dynamic.

In the Southern Sabi Sand Wildtuin early on in the new millennium, there were a number of powerful prides that inhabited the southern and eastern borders of the park adjacent to the Kruger National Park. These prides had many things in common, but what stood out was the sheer size of their coalitions. It is not unusual for two or three male lions to group together in a combined effort to rule a kingdom. They are often brothers or siblings of a close age who, once rejected by the pride’s dominant males, gang together and begin a life of pillage and violence, until ultimately dominating a group of females and their own territory!

What was unusual about this area was that the coalitions were made up of at least four or more male lions. What was the reason for this? Possibly, territories were not very big and the prides needed extra security and clout when it came to dominance. As humans, we will never know. The pride that lived on Kingston (Lion Sands) along the Sabi River where I worked was known as the Southern Pride and they were led by three fearsome males which were known in other parts as the Roller-Coaster Males.  Starting off as five, one brother was killed during a buffalo hunt, while the other took to a life of solitude living out his days as a nomad following the massive herds of buffalo that moved in and around the Sabi Sand. The Roller-Coasters came from deep within Charleston (MalaMala) and moved through Toulon (MalaMala in the old days and Kirkmans today), eventually winning over their precious riverside territory. From 2002 to late 2004 life was peaceful for them.

There were rumours of a new coalition, a coalition of not four or five but six males! We had no name for these males and all the knowledge we had was that they were spawned of a mega coalition from Mala Mala, known as the West Street Males. What made these lions even more interesting was that their coalition consisted of five brothers and an outsider, a lone male, from the Kruger National Park. Rumour has it that he had made the Eyrefield pride his own. The last surviving West Street male was either very wise or was intimidated by this young newcomer because, instead of fending him off, he accepted the impressive outsider into his pride. The West Street male’s five sons now not only had a father, but also a big brother and the king had gained a new body guard! Why didn’t the new male attack the old West Street male and take his crown? Perhaps he was too young, or missed the bonds and safety he experienced as a cub within a big pride? We will never know; however, what we can say is that this strange coalition was destined for a life of violence, stardom, cannibalism and mayhem.  People from around the globe would follow them religiously and many an article would be written about their escapades. We had no name for them on Kingston, but after they moved north into the Sands they were dubbed The Mighty Mapogos!  It is stories of lions like the Mapogos that get my heart pounding and these stories are what make any guide salivate in anticipation of the next game drive or walk.

In the Klaserie at Africa on Foot and nThambo Tree Camp we have an equally complex and fascinating mega-pride; The Ross Pride! As it stands, the Ross Pride has eleven members and two dominant males. This pride has had a tough ride and its numbers have dwindled from twenty adult females in 2007 to only six in 2012. The Ross Pride also carries a hidden gem, something that is only seen in certain regions of the Kruger National Park; it has the precious white gene. In 2012 the Ross Pride produced not only one, but two white cubs, the first of which was killed by a female member of the pride, and the second, along with its tawny sibling, was orphaned when their mother died of internal injuries and possible disease. The cubs could have been rescued by the remaining members of the Ross Pride, but for an unknown reason the lactating females refused to feed the starving cubs. Lions will often adopt a deceased female’s offspring and raise them as their own; however, this was not the case for these small cubs.

An anthrax outbreak in the Timbavati/Umbabat area weeks after the female died could possibly explain her death and why the cubs would not feed. Perhaps the tough winter climate coupled with a deadly disease could have led to their demise. We can not be sure. It is easy to point fingers and ask why the cubs were not rescued and taken from the wild and rehabilitated, but the fact is that they were cubs born into the freedom of the wilderness, and that is how they died. The wild white gene is strong and there are already too many lions in human hands, as part of projects and other research programmes. Nature is harsh and the fact that we were there to witness its cold reality serves as a reminder to humans that the life of a lion is tough and without frills. There are, however, many mind-blowing moments that I, as a guide, consider an honour to be able to show guests from around the world; how lions live and interact in their natural environment.

The Ross Pride is getting back on its feet and it is going to be our honour, at Africa on Foot, to record and report its progress through many blogs and articles, and to capture these moments in thousands of photographs. We are thrilled to share our experiences with you, our readers, guests, and guests-to-be. We will help to educate people on lion pride dynamics and spread our fascination with Africa’s Kings and Queens.