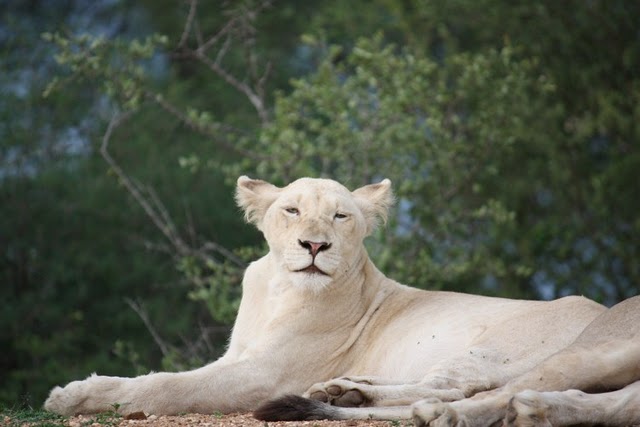 Courteney & Cecilia Blunden, the owners of Africa on Foot Camp in the Klaserie, were on their way out of the reserve late at night. They found the sub adult female white lion walking along the road, with lightning flashing in the background! What an incredible sighting, that was about to get better! About a kilometre further down the road, Courteney spotted something in the grass. Much to their sheer delight it was another tiny white lion cub with its siblings and two moms!

It’s an incredible time to visit the Klaserie and Timbavati Game Reserves!

You stand a chance (note chance!) of viewing a wild white lion by visiting these camps: Africa on Foot, nThambo Tree Camp, Kambaku Safari Lodge, Motswari Safari Lodge, as well as a few others – contact us to find out more!